Posted on: 2020-03-02 16:28:59
The Young Economists Research Competition (YERC) is a national level research competition organised annually by the Meghnad Desai Academy of Economics. The competition, which is open to undergraduate students across disciplines, aims at nurturing students’ research writing skills. The third edition of the competition was successfully concluded on 15 February, 2020. 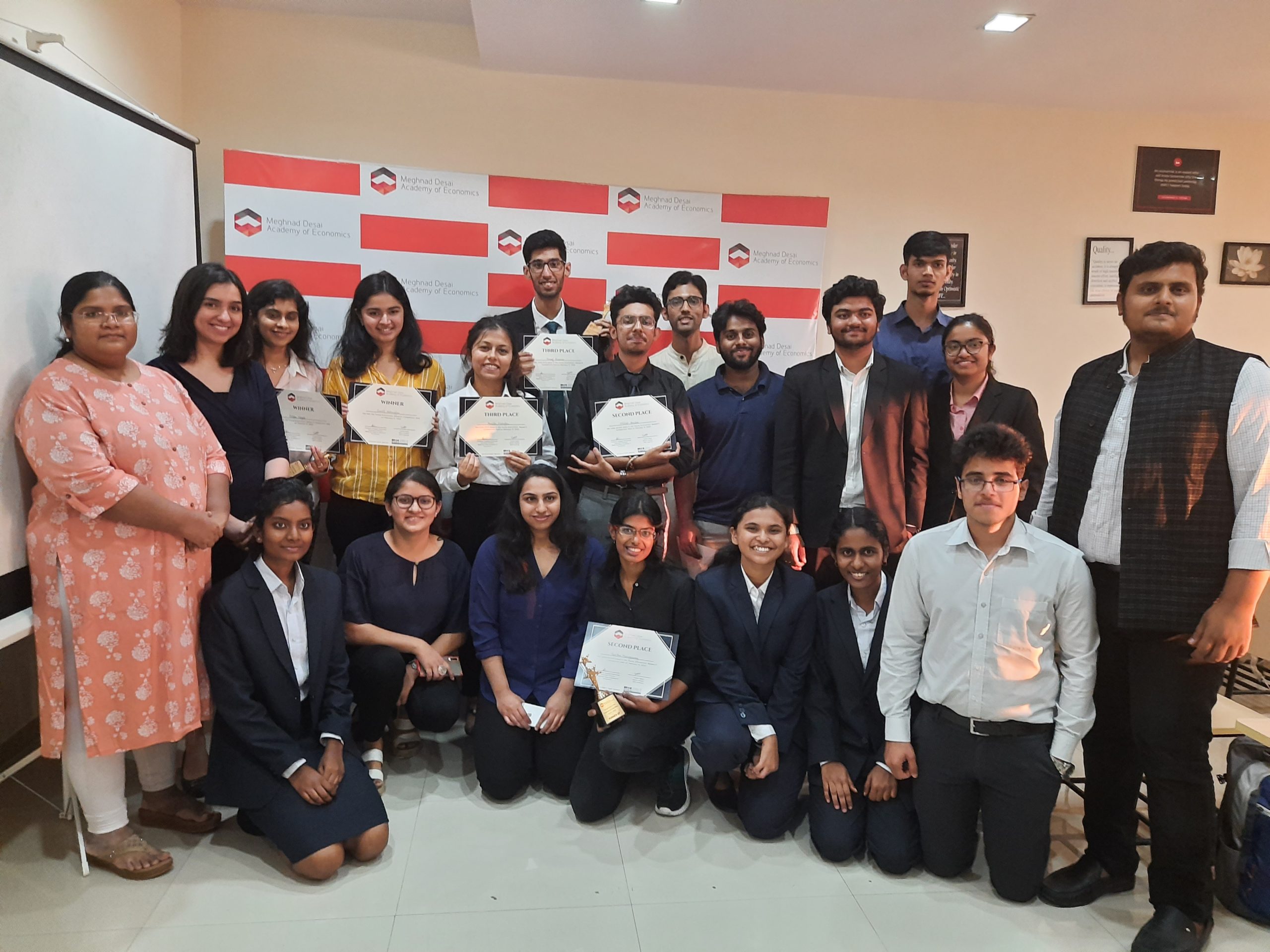 The competition set out to a terrific start in October with more than 300 applications. In the first round, teams submitted an abstract for their research. Research topics included, “Economic implications of declining participation of women in paid work?; Big data: A big challenge or a big opportunity?; Environmental collapse – A precursor to economic collapse? and How can field experiments help fight poverty in India?”. From these teams, the leading 90 were shortlisted for the next round. The shortlisted teams were mentored by experienced academicians as they worked on writing their research paper. Finally, the ten best teams were selected for presenting their research before a panel of judges. The panel for this year included, Ms. Renita D’souza (Ph.D), Fellow at the Observer Research Foundation, Mr. Shagata Mukherjee (Ph.D), Associate Professor at the Meghnad Desai Academy and Ms. Tvesha Sippy, (Chartered Accountant), Senior Analyst, IDFC Institute. 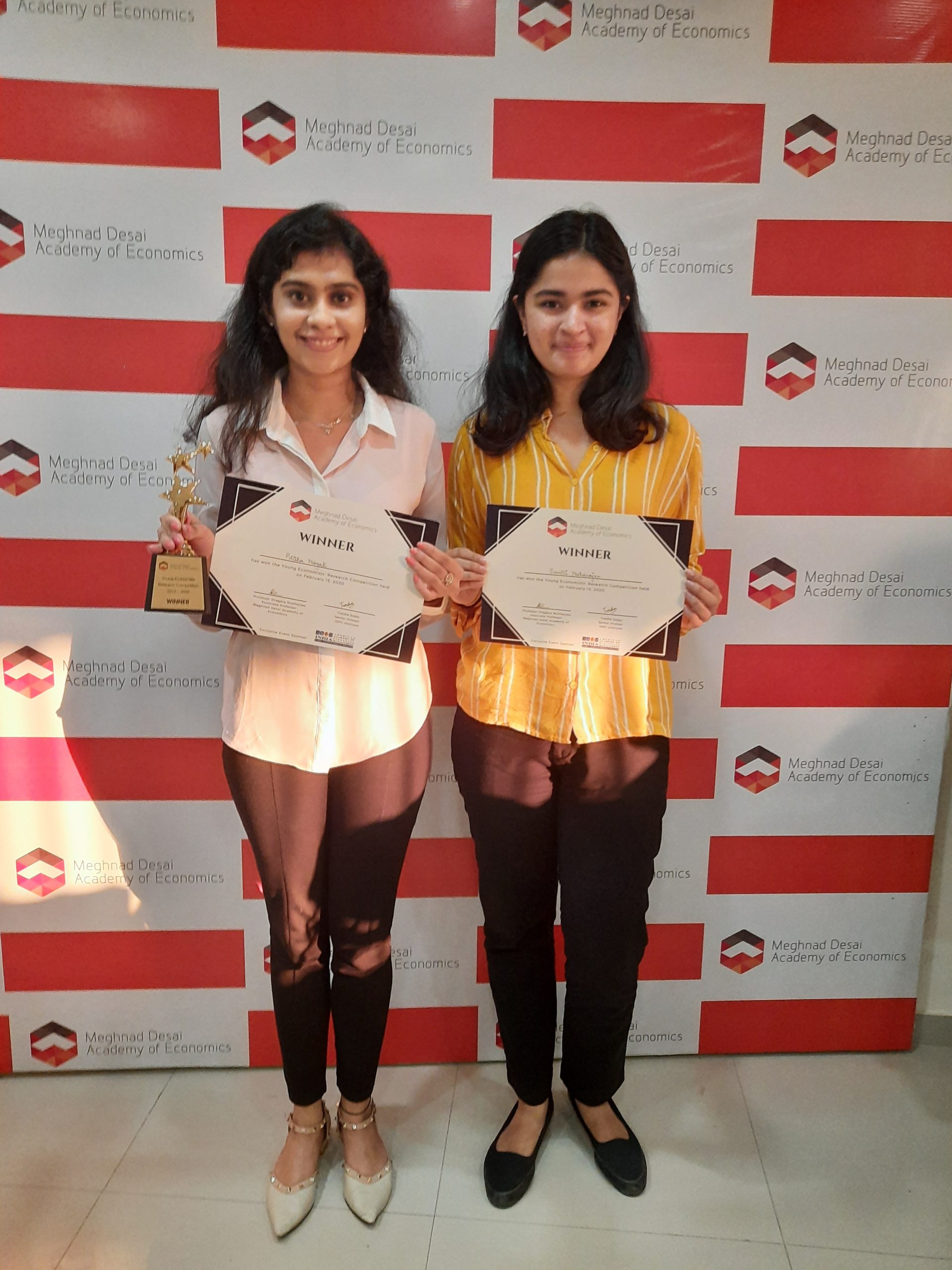 This year’s finalists were a bunch of bright students from Christ College and B.R Ambedkar College in Bangalore, and St. Xaviers and NMIMS College in Mumbai. Their presentations were innovative, mathematically sophisticated and logically sound. One team designed a model to determine the efficacy of technology in terms of its ability to increase the lifespan of exhaustible resources. Another team designed an index for adjudging the level of environmental abatement across all States in India. Teams also impressed by taking the lead in collecting primary data, with one team even collecting data in Mumbai local trains. 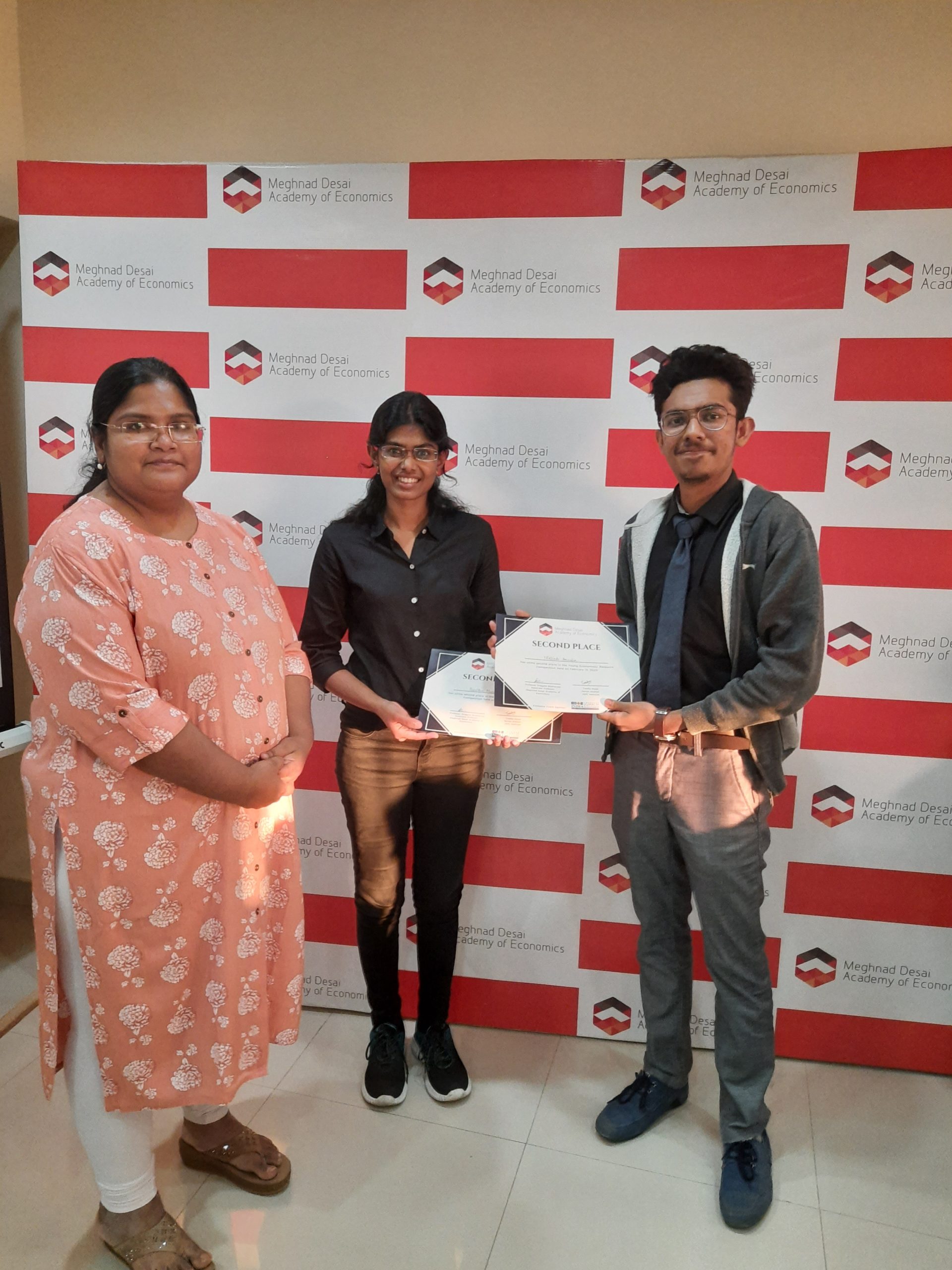 The winning prize of Rs. 50,000 went to Pritika Nayak and Smriti Natarajan from St. Xaviers College, Mumbai, whose research focussed on an interstate analysis of the female labor force participation in India. The first runner up prize of Rs. 35000 went to Poovitha Murugaswamy & Nikhlesh Anusha from Christ College, whose research focused on evaluating the existence and effect of “Jevons Paradox” in the transport, manufacturing sectors of India. The second runner up prize of Rs. 15000 went to Anahita Mahajan & Yuvraj Sharma from Christ College, who presented the ___ model of data localisation in an Indian context.

Further, the three winning teams received a “Complimentary Chartered Economist Registration” along with the Pricing from the American Academy of Financial Management (AAFM) who were the exclusive sponsors of YERC 2019-2020. Their research is also going to be published by the Observer Research Foundation.

Here’s how the Space Race forever changed the global economy.

All you need to know about careers in Public Policy

Which course you want apply for

Fill up the form